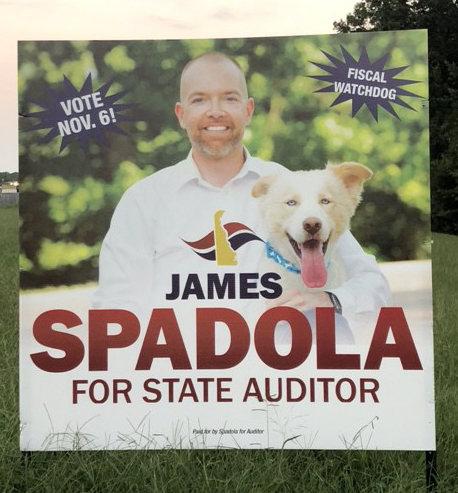 There’s something important coming up but we just weren’t sure what it was. There was a chill in the air and lots of colorful signs dotting the landscape and the median strip. But it wasn’t until we came across this little gem that we realized, there was an election ahead and it is on November 6th!

This got us thinking, “Just how stupid do candidates think we are???” More to the point, are your supporters dumber than your opponent’s? After all, why tip off your opponent’s voters about an election they are too dumb to know is happening?

Or maybe this is just an easy way of clearing a campaign of any voter suppression allegations. “Your Honor, I even included the date of the election on my sign,” one might offer as Exhibit A.

Here’s the thing, signs are not cheap. And you would think someone who purported to be a fiscal watchdog would prove it by reusing his campaign signs. Well good luck, if you’d ever like to reuse this particular sign. You would have to wait until 2046! That will be the next time the state auditor runs for election when the first Tuesday after the first Monday falls on November 6th.

Sadly, even if he managed to keep this very questionable sign around for 28 years, it’s not likely that “Hoss,” a tail-less 60 pound Great Pyrenees/Samoyed rescue originally from La Mancha Animal Rescue, who enjoys chewing on socks and expensive dress shoes (according to his website) will be. By 2046, Hoss would be pushing 200… in dog years.